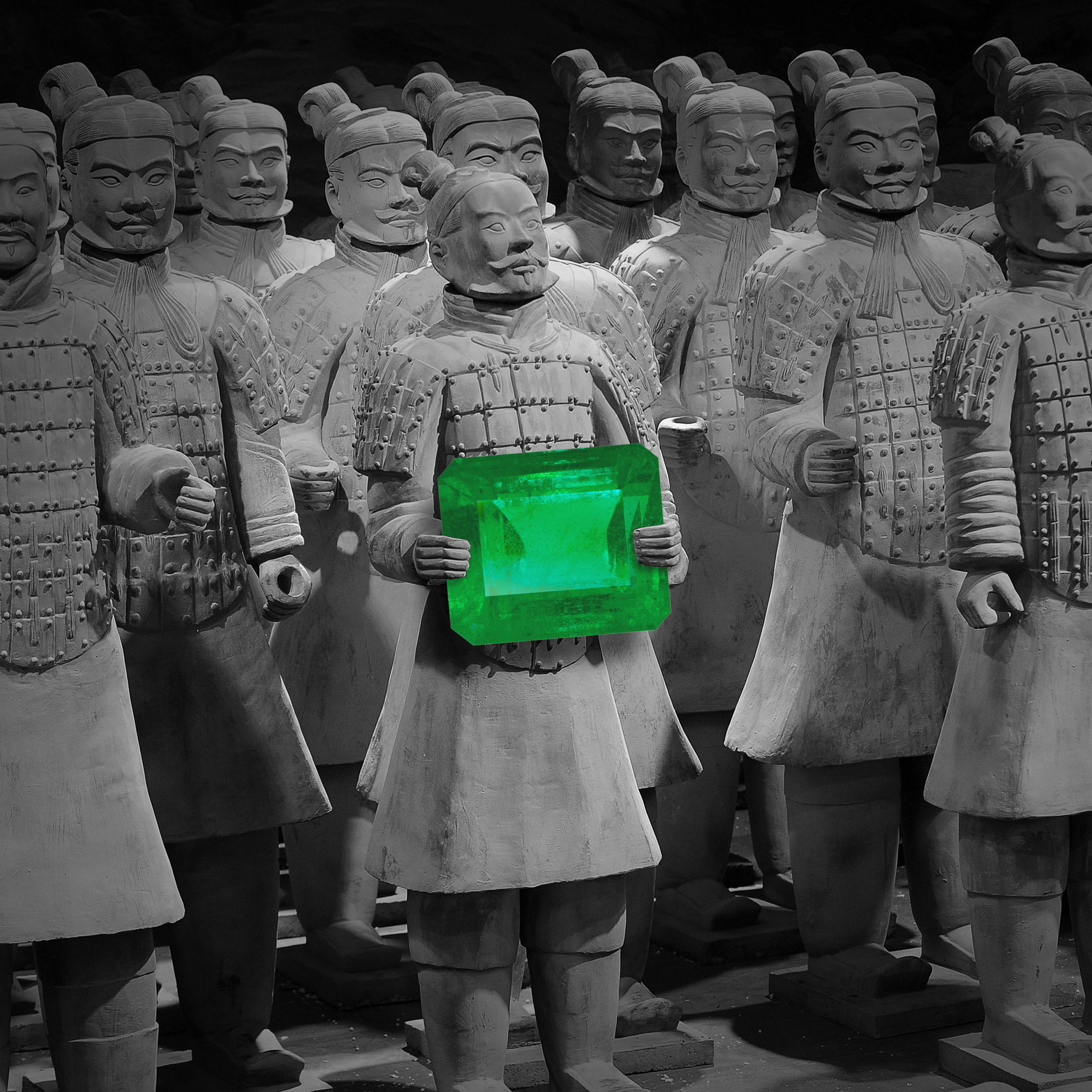 In October 2015 I was right in the middle of preparations for the November Peking fair, one of the largest in China, which I’ve been exhibiting at for years. As every year, I was on the lookout for something special to tickle up my stand graphically and make it more attractive to visitors.

After a little thought I had the idea of combining Chinese emblems with my product, the emerald. It didn’t take long to find the right emblems: the Great Wall, the panda, a dragon and the soldiers of the Terracotta Army. In my photo archive there’s plenty of material on emeralds, so in the end all my graphic artist had to do was combine the two sets of objects in some way. I’m clueless with Photoshop and things like that, so I prefer to leave those jobs to the pros.

Once it had all been put together to graphical perfection, I had some large posters printed and hung them up on my stand at the Peking fair. I think the result was very nice, and many of my visitors said the same. The posters were clearly visible from a good way off, and were photographed umpteen times. So all the work and preparations certainly paid off, and I hope it was well worth the effort and will stick in many people’s minds. The only problem now is: what am I going to do next time?